Before the flood: Paris 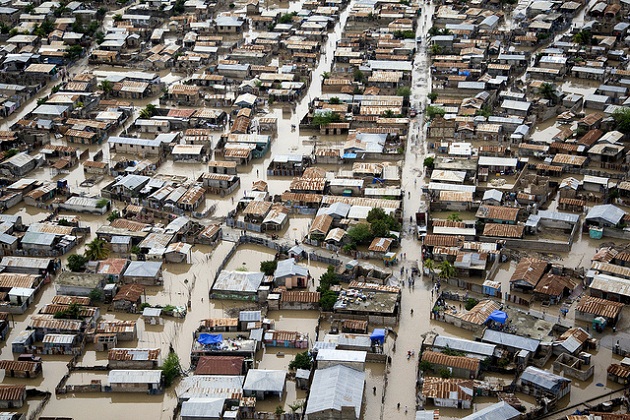 The dark days of our time

The attack that shook Ankara on 10th October and killed the people who wanted to set a signal for peace and put an end to the violent confrontations that plague Turkey has been a reminder. All that remains from the political changes that were in the cards after June 7 are shattered dreams. Leave aside for a moment the question of culpability; at least the second biggest tragedy lies in how the country responded to the attack and the pain of the victims, their friends and families. If this kind of tragedy does not bring together citizens from different sides of the political divide but only further divides them, it marks a dark and uncertain future for the country. We should ask who created a political atmosphere where people assume the killing of their political enemies was well deserved. It is clear that as long as there is no willingness to admit the pain of the others, there will be no end to the violence.

We at the Heinrich Böll Foundation wish to express our condolences to the families and friends of the victims of the attack. While the tragedy has left us to grapple with the pain over the loss of those killed in this manifestation of hate, we are also looking for answers to what can be done to stand strong and decisively side by side with those who oppose the hate. Despite the difficult times we face, we will continue the dialogue about this topic with all those in Turkey who are willing to work against this hate and violence.

You might have also realised that we have changed the title of our magazine, and that this issue will be the first to be published in digital form only. These changes are the result of discussions within the Heinrich Böll Foundation about what direction to take with our work in the next years. While the name has changed, the content remains the same mix of interviews, features and analyses that we hope you will find interesting. Our aim is to be able to offer you insights into “alternatifs” in the political, cultural and ecological realm. Of course, we are interested in hearing your feedback regarding the new format.

This issue of Alternatif is dedicated to the topic of climate change. With the G20 summit coming up in November, we know that the heads of the biggest 20 economies will assemble in Antalya to speak about questions of economic development. We know that the meeting will be overshadowed by talks on financial regulations and monetary policies. However, as the date for the summit on the United Nations Framework Convention on Climate Change in Paris (COP21) draws closer, there are many in the fields of research and civil society that argue that economic policies must go hand in hand with efforts to protect our climate. According to the US National Oceanic and Atmospheric Administration’s (NOAA) monthly report of July 2015, the average temperature of the land and ocean surfaces was 16.61 C. This temperature, the warmest average ever recorded, can make 2015 the warmest year in history. Discussions on climate change are no longer limited to governments alone. Not only the private sector, but also a very active civil society has emerged that works on the topic. The agendas, however, are quite different. The calls from civil society for concrete action and intergenerational justice to preserve our planet for future generations—have often fallen on deaf ears in areas of the private sector and their respective governments. Results from previous climate summits, such as the ones in Copenhagen and Lima, have been disappointing. Therefore, the expectations regarding the Paris meeting are now even higher, and representatives of international civil society during the pre-summit meetings in Bonn have already stated that they expect global leaders to do more to protect our climate. We hope that this issue of Alternatif can shed a bit of light on the issues on the table and how climate change is already affecting Turkey.

We hope that you will find this first issue of Alternatif as interesting, as you hopefully found the previous issues of Perspectives. We are always happy to listen to your feedback.

On behalf of the Alternatif team 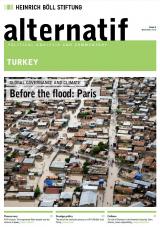 Starting with this issue, our Perspectives will be published as Alternatif, and online. With the dossier "Before the flood: Paris" the first issue of Alternatif features articles and interviews on the reasons and results of climate change, international as well as national climate policies, and draws the attention to the upcoming COP21 Summit in Paris. As usual, you will find articles about the important developments and issues of the pre-election agenda of Turkey - such as the violence of power, the peace process, refugee crisis and food security- under the categories Democracy, Ecology, Foreign Policy and Culture. We hope that you will find this first issue of Alternatif as interesting as you hopefully found the previous issues of Perspectives. We are always happy to listen to your feedback.
pdf 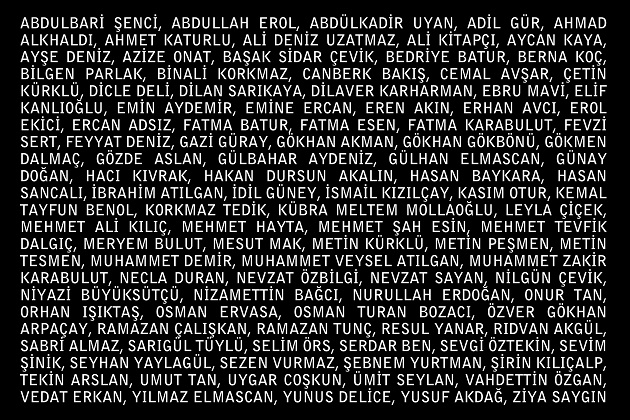 A bloody game of elections

Four of the leading trade unions and professional organisations in Turkey organized a mass meeting on October 10, 2015, in order to call for negotiations to stop the war with Kurds, which had been resumed after the resolution process came to an end.

Feature Articles: GLOBAL GOVERNANCE AND CLIMATE / Before the flood: Paris

All because of 80 people and 90 companies!

ÖMER MADRA ON THE REASONS, RESULTS, EFFECTS AND SOLUTIONS OF CLIMATE CHANGE

"This scales cannot carry such weight". Ziya Paşa's famous motto summarizes the climate crisis. "This scale", is this planet. "Such weight" is the burden put on this planet.

Well, what can we expect from the G20 Summit and COP21 Conference, where real intentions are hidden in closed boxes and policy proposals and expectations are to be designed on the basis of closed boxes?

Key issues here are whether the negotiations begun in 2011 will indeed result in a new agreement, and the nature of the agreement that will be reached at the end of the talks.

AKP’s future: The fragmented Nom-du-père and the violence of power

An analysis on the regime must refrain from synthetic distinctions between Erdoğan and the AKP and instead focus on the structural political and ideological atmosphere created in Turkey in the last few months.

The protection of migrants, asylum policies, and living conditions of those who have been obliged to migrate are becoming some of the most complicated issues in the world in conjunction with international migration.

Is there food security in Turkey*

Current neoliberal economic understanding is based on speed, which means legal regulations and implementations that slow down the production-consumption process are seen as obstacles.

Population growth in Istanbul has led to a vertical and horizontal expansion of the city, giving rise to a significant number of new settlements constructed on open spaces, agricultural areas, water basins and forests.

The end of the resolution process or AKP's Middle East Policy

One of the most serious problems in understanding and discussing the Kurdish question in Turkey is that it is commonly seen as being confined to the boundaries of the Turkish nation-state.

THE ROLE OF GERMANY IN THE ARMENIAN GENOCIDE Overt alliance, covert responsibility

In the centenary of the Armenian genocide, the debate has naturally extended to the role of Germany which was in an alliance with the Ottoman Empire during World War I

The Grandchildren: New Geographies of Belonging is an exhibition conceptually designed and coordinated by Silvina Der-Meguerditchian and is on display at the DEPO as part of the 14th Istanbul Biennial.