Analysis
In Iran, feminist foreign policy demands both short-term interventions to alleviate the suffering of the civilian population and a long-term approach to deal with the state’s structural violence against its own citizens.
By Barbara Mittelhammer and Cornelius Adebahr

How LGBT+ individuals were criminalized with the withdrawal of the Istanbul Convention?

Sibel Yükler's article on the process before the withdrawal of the Istanbul Convention and how LGBTI+s were systematically criminalized...
By Sibel Yükler

The Bogazici Resistance: The Matter Circles Back to Queers (Mevzu Lubunya’ya)!

What happened since January 2, 2021 at Boğaziçi University, one of Turkey’s most prominent university, in which students exercised plurality...
By Umut Rojda Yıldırım

A Step-by-Step Account of the Istanbul Pride: A Rebellion’ Brief History

Abortion rights in the United States: The end of Roe v. Wade

Interview
On Monday night, a surprise draft ruling by conservative Justice Samuel Alito was released in the U.S. indicating that a majority on the Supreme Court wants to reverse the legalization of abortions. Ella Müller, director of the Democracy Program at the Heinrich-Böll-Stiftung Washington, DC, puts this impending caesura and the political developments behind it in context.
By Ella Mueller and Carl Roberts

Locating Gender in the Disinformation Landscape

Commentary
Digital Rights Foundation, in cooperation with the Heinrich Böll Stiftung, conducted a series of focus group discussions with researchers from across the globe in order to deconstruct ‘gendered disinformation’, understand existing work on the subject and identify areas for future interventions.

Where are the Ukrainian women? Respecting female voices now and in post-war times

Commentary
The Russian invasion of Ukraine tragically continues with brutal shelling of civilian targets, escalating into a humanitarian catastrophe. At the forefront of all this is the masculinity of war which caused these horrors in the first place, and which allows for ignoring the voices of Ukrainian women at all levels.
By Míla O'Sullivan 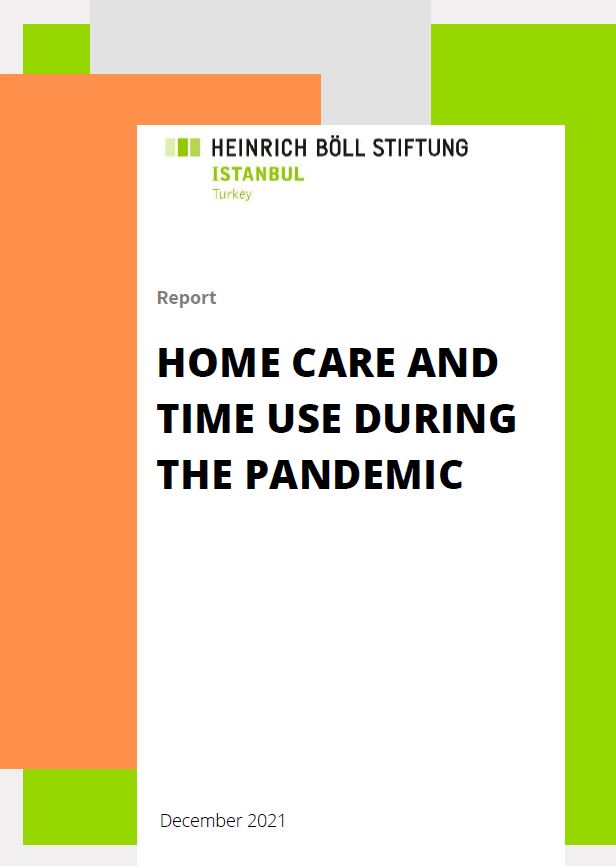 Home Care and Time Use During The Pandemic

This research report was prepared by the KONDA Research and Consultancy Inc. for the Turkey Representative of the Heinrich Böll Stiftung Association. It aims to understand the domestic work, home care, working practices and time use of the Turkish population aged 18 and over during the Coronavirus Pandemic, and to examine differences before the pandemic and in different periods of the pandemic.

„Addressing GBV in the workplace is a journey for many organizations“

Interview
Physical or sexual violence is part of women's everyday experience in many places - also in the workplace. Often it is about abuse of power. There have also been cases of gender-based violence in some non-governmental organisations in recent years. Protective measures have been taken as a result. But is that enough? An interview with Christine Ash Büchner.
By Aida Fatić